As a District Court Judge Linda Kevins has presided over cases in District Court for almost three years.   Currently, she is assigned to preside over criminal cases exclusively.

Resolving approximately ten thousand cases per year, Judge Kevins conducts conferences, hearings, and both bench and jury trials.  Prior to her current assignment, she was assigned to preside over both civil and criminal cases where she conducted many trials each week.

Judge Kevins is a long time resident of Long Island – living in her Mount Sinai home for 37 years with her husband of 40 years.

While raising her family, Judge Kevins went back to school and obtained her undergraduate degree from Empire State College, and her law degree from Hofstra University School of Law.  Among her many accomplishments, she co-founded Hofstra Law Women, served as its President for three years, and assisted in the successful litigation of a landmark case decided by the United States Supreme Court.

Judge Kevins left the District Attorney’s Office to become the Principal Law Clerk to the Honorable Robert Ross, Supervising Judge of all the Matrimonial Courts in Nassau County Supreme Court, and the New York State Chair of the Court Operations Committee.  As the Judge’s primary adviser, she drafted cutting edge decisions and assisted the Judge in administrative matters and decisions affecting eight matrimonial parts and the supervision of more than 70 judicial and non-judicial personnel.  She also managed the case assignments for seven Judicial Hearing Officers and four Special Referees.  Judge Kevins facilitated the development and operation of many initiatives, such as the Model Custody Part/Children Come First Initiative, and the Matrimonial Alternative Dispute Resolution Program.

Judge Kevins taught Family Law at St. John’s Law School, has conducted training for Judges across New York State presenting at the Judicial Institute, and has lectured for numerous organizations.

Judge Kevins was admitted to practice law in New York State, the United States District Court for the Eastern District, and the United States Supreme Court.  She is a member of numerous organizations and is serving and has served on many committees, including both the Suffolk County and Nassau County Bar Associations.  She was elected and served as Vice-President of the Women’s Bar Association of the State of New York and as Director of the Suffolk County Women’s Bar Association.  She was appointed and served on both the Suffolk County and the Nassau County Women in the Courts Committee, the Advisory Committee for the Attorneys for Children Panel, and the PEACE Steering Committee.  Judge Kevins served on the Judiciary/Courts and Matrimonial/Family Law Committees, and is a member of the National Association of Women Judges, and ZONTA – a global organization of business executives and professionals. 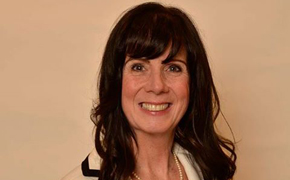